Here’s the catch with PPP and Crisis Funding

We should have all known there would be a catch for receiving money from the government. Here it is:

as reported by CNBC 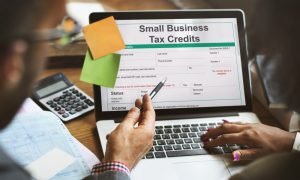 Small businesses fortunate enough to get their Paycheck Protection Program (PPP) loans forgiven will forfeit some tax breaks, according to new rules from the Internal Revenue Service (IRS).

Bloomberg reports that if SMBs qualify for loan forgiveness by using 75 percent of the funds to pay workers, they cannot deduct the wages or other business expenses paid for by the cash on their tax return, according to the seven-page IRS notice published on Thursday (April 30).

“This treatment prevents a double tax benefit,” the agency said in the notice. “This conclusion is consistent with prior guidance of the IRS.”

The IRS guidance clarifies questions in the $659 billion SBA business loan program designed to help businesses stay afloat as COVID-19 has brought the economy to a standstill, the news service reported.

PPP was established under the CARES Act. Operated by the Small Business Administration (SBA), it provides cash for two months of payroll costs. The measure, enacted by Congress in March, allows recipients to use the proceeds for payroll costs, employee healthcare benefits, interest on mortgage obligations, rent, utilities and interest on any other debt. The loans do not have to be repaid if employers keep workers on the job or rehire laid-off workers.

While the measure said the loan is not subject to taxes, it failed to let companies know whether they could still write off the expenses they covered with that money. In any other circumstance, IRS regulations allow companies to write off business expenses, such as wages, rent and transportation expenses. The clarification adds the latest wrinkle as companies compete to secure PPP loans, the news service said.

2..  Another article in PYMTS says that ALL PPP Recipients will face audit

Businesses that borrow money through the federal Paycheck Protection Program (PPP) can expect to be audited before the loans are forgiven, Treasury Secretary Steven Mnuchin told The Wall Street Journal.

“One of the things that will be required is you will have to show a payroll report that you actually spent the money on payroll and other items that qualify for forgiveness,” he said.

As reported Tuesday (April 28), Mnuchin told CNBC the government will perform a full audit on any company that borrowed more than $2 million from PPP being overseen by the Small Business Administration (SBA) would face full audits, with spot checks for smaller amounts.

But Tuesday night, Mnuchin told the paper all loans will be audited.

Here is the solution:

5 Signs You Are Paying Too Much For Your Merchant Account

Here’s the catch with PPP and Crisis Funding

Getting my stimulus check

Brought to you by Advanced Marketing Dynamics

Get your listing TODAY!